Rani Mukerjee officially wraps up the shoot of her upcoming film titled ‘Mrs Chatterjee Vs Norway’. 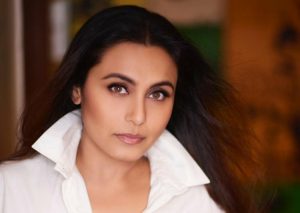 The actress previously wrapped up the first schedule of the film that was shot in Estonia. The film revolves around an incident that rocked human rights and children at an international level. The film is based on true events. The makers of the film had announced ‘Mrs Chatterjee Vs Norway’ on Rani Mukerjee’s 43rd birthday. Any further information about the film is yet to come.

Raqesh Bapat to enter Bigg Boss Season 15 as a Wild...