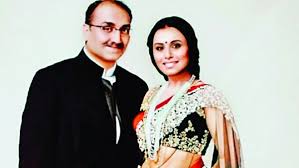 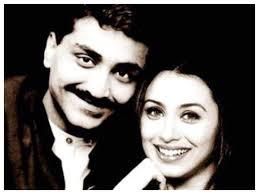 Rani Mukerji and Aditya Chopra are one of the Bollywood couples who are not active on social media. They are the ones who love to enjoy their private life and keep their relationship low-key despite being one of power couples we have in the industry.

And one such couple is Rani Mukerji and Aditya Chopra. Rani Mukerji had earlier revealed that one of the reasons why she fell in love with Aditya is because he is an extremely private person.

Talking about the same to a news channel, Rani had said that if feel Aditya was to be like Karan Johar, she would have not have fallen in love with him. According to her, Karan is everywhere, he is so social and he is the life of a party. Every day he is doing something or the other. For her, she needs her family at home.

She revealed that she is a very family-oriented person and she would go mad if her husband was working half the time and having a social life in the other half. She also added that she is very happy and content that Aditya is not a social person. After his work, he comes back home to her.

She  added that for her, after being in the industry for so many years, he was one person she really respected. According to her, it is very difficult to respect people in the fraternity as you know the inside and out of everything.

So, Aditya was one of those rare people whom she really respected, who she still respects, because of his ethos, work pattern and the way he is. She also added that because she too is a private person, it makes them a really good couple because they are very happy going nowhere.