Rani Mukherjee is all set to feature in an upcoming drama directed by Mere Dad ki Maruti fame Ashima Chibber. The movie is titled Chatterjee Vs Norway and is touted to be woman-centric film inspired by true events. The actress will be playing the lead role in Chatterjee Vs Norway which is said to revolve around child welfare. While sharing a picture of Rani on twitter, Film critic Taran Adarsh made an official announcement.

On Sunday, actress Rani Mukherjee turned 43 and the actress feels that the announcement of the movie has made her birthday special. In a statement, Rani said, “There could have been no better way to celebrate my birthday today than announce this really important film. In my 25th year in cinema, I have possibly signed one of the most special and significant films of my career. I started my career with Raja Ki Aayegi Baraat, which was a woman-centric film, and coincidentally in my 25th year, I’m announcing a film that is also centered around a woman’s resolve to fight against all odds and take on a country.” Talking about the film, she says, “Mrs. Chatterjee vs Norway is a story of true human resilience and it is a film that is dedicated to all the mothers out there. It is truly one of the most amazing scripts that I have read in a long, long time and I immediately decided to do this special film.”

The details of the movie have been kept under the wraps. However it is being said that the movie is based on the controversial 2011 true story of an Indian couple whose children were taken away from them by Norwegian welfare services. Rani will be playing the lead role in the project. 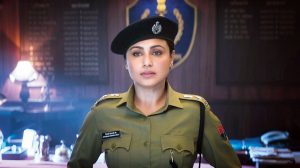 On her birthday eve (20th March), the actress interacted with her fans on Instagram live. During the session she revealed that she will announce her next film on her birthday.