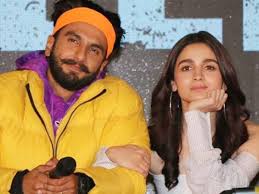 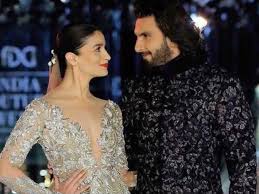 Ranveer Singh and Alia Bhatt are the most beloved onscreen couple by the audience. Last they starred in the movie “Gully Boy” which recieve alot of praise from critics and audience. Now, it seems like this duo will again seen sharing screen in Sanjay Leela Bhansali’s next.

According to the reports, Ranveer Singh and Alia Bhatt will be next starred togetter in Sanjay leela Bhansali’s ‘Baiju Bawra’. The said venture will be based on 1952 Hindi film with the same name.
It featured Bharat Bhushan and Meena Kumari as the leads and with this new venture seems like Alia is all set to step into the shoes of iconic Bollywood actress Meena Kumari. However, no official statement has been sent by Bhansali.
However, Bhansali worked with Ranveer Singh three times  and Alia is all set to make her debut in Sanjay Leela’s universe through movie Gangubai Kathiawadi which will released on 11 September 2020.
On the work front, Ranveer and Alia will be next seen together in Karan Johar’s ‘Taqat’ which will released in the end of the year.

Kriti Sanon and her pregnant belly gets leaked from ‘Mimi’ sets