Bollywood actor Ranveer Singh has always been appreciated for his exceptional performance in movies, and now the actor has bagged yet another achievement. Reportedly, Ranveer Singh has been roped in as the NBA Brand Ambassador for India. 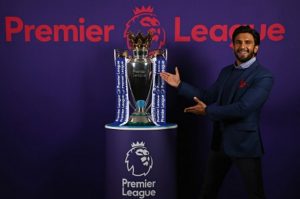 According to the latest reports, the Ramleela actor will be seen immersing with NBA Fans in India throughout the 75th Anniversary Season of the League.

As the season unfolds, the actor will be seen being a part of several league initiatives that will be featured on Ranveer’s as well as the NBA’s social media accounts. Fascinating as it is, while Ranveer will be seen promoting Basketball in India, rumours are that Barack Obama will be vouching for NBA Africa. Seems like the NBA has left no stone unturned for their campaigns this season. When asked about their feelings regarding Ranveer Singh as the NBA Ambassador for India, NBA Deputy Commissioner and Chief Operating Officer Mark Tatum said that, they could not be more thrilled having the actor as the Ambassador of NBA for India because Ranveer has always been a diehard NBA fan himself, and he is enthusiastic about the league and its players.