Home Gossips Ranveer Singh may collaborate with robot 2.0 director Shankar for an upcoming... Bollywood actor Ranveer Singh has again made headlines with his rumoured collaboration with the south biggie director Shankar. The actor reportedly flew to Chennai to meet Shankar for the upcoming pan India project. Ranveer Singh is one such actor in the industry who has managed to grab some of the biggest projects in his kitty. Apart from the major blockbusters lined up for him in the coming year, the actor has some other big plans as well. At this point of his career he is planning to make a pan India project. He and his team are working on several scripts for a project that will have a pan India appeal to it. Currently Ranveer is shooting for Rohit Shetty’s Cirkus, but according to sources, he has been taking a break from the shoot. Reports suggest that the actor flew down to Chennai to meet robot 2.0 director Shankar.

An industry source has confirmed Singh’s absence from the sets and his visit to meet Shankar. The source revealed, “Yes, Ranveer Singh did take a break from the shoot of Cirkus around January-end/Early February, and flew down to Chennai to meet Shankar. It’s a project that has been put together by Shankar and his team, and they want Ranveer Singh on board as the lead.” The south biggie director Shankar is known for superhit movies like, Robot franchise, Indian franchise and I starring Vikram and Amy Jackson. Shankar also directed 2001 Nayak starring Anil Kapoor and Rani Mukerji. He is popular for his extravagant filmmaking style and high on VFX action projects.

The collaboration of Ranveer and Shankar sounds super interesting. The movie’s script will be finalised after getting approved by both the actor and filmmaker. If everything works out as planned an official announcement may be made soon. 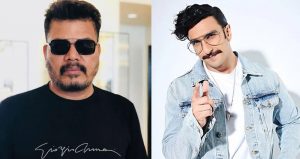 With Ranveer’s acting and Shankar’s direction, the project may be a superhit across the country.

As of now, Ranveer is all set to release 83 and is currently working on his upcoming movie, Crikus. On the other hand, Shankar is working on Indian 2 with superstar Kamal Haasan. Few days back he also announced a movie with Telugu star Ram Charan. 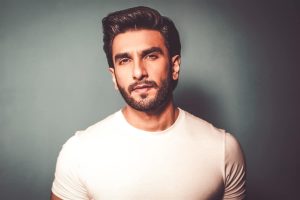 Reports have suggested that Shankar wants to finalise Ranveer’s film before he starts shooting for Ram Charan’s pan-India film.

Not only Ranveer, but many other Bollywood stars have been joining hands with the south India. Shah Rukh Khan will be doing a film with Atlee whereas Ranbir Kapoor will be working with Sandeep Reddy Vanga.

Ranveer Singh may collaborate with robot 2.0 director Shankar for an...