Home Latest Buzz Ranveer Singh’s got trolled for golden outfit at the airport, calls him... 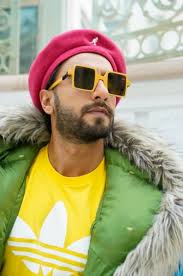 Ranveer Singh is known for his quirky sense of fashion in Bollywood. The actor never fails to delight fans with his bold costume choices. ‘Gully Boy’ actor was recently spotted at the airport, dressed in a golden outfit. The actor was snapped by the paparazzi walking out of the airport. Sooner his pictures make it to social media, he was trolled for his unusual dressing sense.

A netizen called him right away from chocolate wrapper to being the Indian Lady Gaga.

On the work front, Ranveer will next be seen in Kabir Khan’s sports biopic, ‘83’. The actor will be seen stepping into the shoes of cricketer Kapil Dev in the movie. Deepika Padukone, who is also a part of the film, will be essaying the role of his wife Romi Dev. The actress is also co-producing the movie.