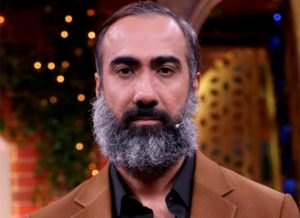 Few days back, Tiger 3 surprised its fans with the news of getting a new face onboard as the antagonist in the franchise. Emraan Hashmi was roped in to play the villain in Tiger 3. Now, trade sources have revealed that some old players will also be back in the movie.

Actor Ranveer Shorey, who played the role of Salman’s handler Gopi Arya in Ek Tha Tiger (2012) will be reprising his role in the upcoming spy thriller’s universe. Ranveer will most likely begin shooting for his portions at Yash Raj Films studio in Andheri next week. Ranveer’s character of Gopi Arya was not extended to Tiger Zinda Hai (2nd installment), but producer Aditya Chopra and writer Jaideep Sahni have decided to bring him back in the forthcoming part.

A source aware of the development revealed, “While Gavie Chahal, who had a prominent role in Kabir Khan’s Ek Tha Tiger as a section captain of the Inter-Services Intelligence [ISI], transitioned to Tiger Zinda Hai [2017], Ranvir’s character wasn’t extended to the Ali Abbas Zafar-directed venture. When writing the third part, producer Aditya Chopra and writer Jaideep Sahni decided to bring him back as the trusted aide of RAW agent Avinash Singh Rathore, portrayed by Salman. The superstar and Ranvir will begin by filming a comedy sequence with a female actor, following it up with a few high-octane scenes.” 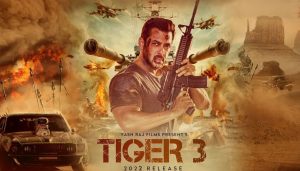 Tiger 3 is being helmed by Maneesh Sharma. Once the pandemic situation improves, the director plans to film some major chunks of the movie in Istanbul and Dubai. Meanhwile, the female lead of the movie, Katrina Kaif tested positive for coronavirus. Reports suggest that the actress contracting the virus has not affected the shooting of Tiger 3.

After announcing Oscar 2021 nominees, Priyanka Chopra set to present at...