Home Gossips Razneesh Ghai maker of “Dhaakad” all set to make a movie based... Ever since the announcement of Kangana Ranaut’s film Dhaakad,  audiences have been eagerly waiting for the film to release. The actress wowed all her fans by sharing BTS pictures and videos from the set of Dhaakad. 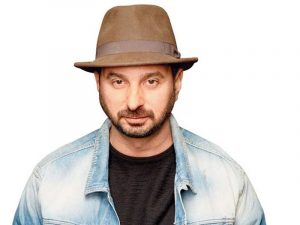 The recent news suggests that the director Razneesh Ghai is all set to make a war film, which is based on the story of the Battle of Rezang La which was India’s only sole high point of the 1962 Indo-China conflict. Director Razneesh Gagi believes that this story of courage ought to be told on the big screen.He will dive into the arena of conflict drama as soon as he wraps up his upcoming movie “Dhaakad”.

Ghai explained that, It is a classical David vs Goliath story. The history of war teaches young people the genuine worth of the military. The story of 120 soldiers fighting through thick and thin must be told honestly on the big screen. It was set during the 1960s, so recreating it will take sometime. He added that the story is all the more pertinent now – in 1962, the Indian Army was fruitful in hindering the Chinese troops from crossing the key Ridge in the Chushul Valley.  Military experts believe this gave India strategic influence when Indo-china engagements and constrained the Chinese powers to withdraw.

Casting is a crucial part of such an ambitious venture. So, now he is currently deciding and discussing with A-list stars. He further added that a good story is no longer enough. A film must offer a scale, sincere exhibition, and activity that coordinates with the International standards. Sohel Maklai, who is co-producing the movie said, war films in India generally aren’t mounted on a huge canvas. But he believes in Razy’s vision.