Producer Sajid Nadiadwala has announced the release dates of three of his upcoming movies; Heropanti 2, Bachchan Pandey and Tadap. 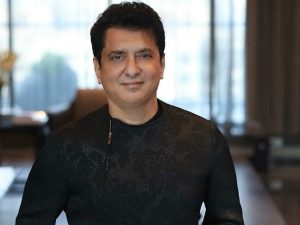 Three movies that are slated to release under the banner of Sajid Nadiadwala’s production house, Nadiadwalaagrandson are;

Bollywood’s Khiladi Akshay Kumar has a great lineup of big movies that are awaiting their release like; Sooryavanshi, Prithviraj.

And now, according to the latest reports, the release date for the actor’s Bachchan Pandey that also stars Kriti Sanon has been announced as well. The movie is slated to be released on 4th March 2022.

Helmed by Ahmad Khan, Heropanti 2 is all set to be released in the theatres on 6th May 2022. The film also stars Nawazuddin Siddiqui in the less role along with Tiger Shroff and Tara Sutaria. Directed by Milan Luthria, Tadap marks the grand debut of Suniel Shetty’s son Ahan Shetty. Suniel Shetty went on Instagram to announce the release date of his son’s Debut venture and said that he is extremely proud of his son and whatever he has achieved, Ahan has shown real patience and it’s time that his hard work and patience will pay off.

Tadap is slated to release on 3rc December 2021. The movie also stars Tara Sutaria alongside Ahan Shetty in the lead.