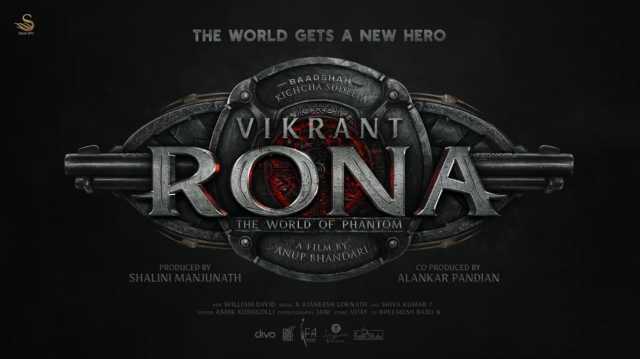 The release date of the film ‘Vikrant Rona’ that stars Kannada superstar Kichcha Sudeepa has been released and is set to release in theatre on August 19.

The actor has shared a motion poster of the film and tweeted, “After enjoying the process of preparations and it’s making,,, its now time for a new excitement. We the team of #VikrantRona is all excited and happy to mark August 19th 2021 for its theatrical release”. The actor also thanked his co-stars and colleagues and fans for their love and support. He wrote, “Thanks to many from my industry n other fraternities,, n to all my frnzz, for the luv and support u have shown through and through. The team on the post production is surely doin an awesome job. Proud of you guys. #VikrantRona #VikrantRonaOnAug19 @VikrantRona  #WorldGetsANewHero (sic).” Kichcha Sudeepa revealed the title logo of Vikrant Rona on the skyscraper Burj Khalifa. He did this revelation on the event of his 25 years in the films.

The teasers and first look posters that were released earlier. The film is written and directed by Anup Bhandari. He made his debut with the film RangiTaranga. The film was based on the mysterious deaths of pregnant women in a fictional village in a coastal region.