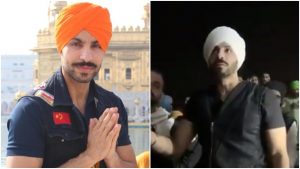 On Tuesday morning the Delhi Police Special Cell informed that they have arrested Deep Sidhu late on Monday night. The cell said, “Deep Sidhu, an accused in 26th January violence case arrested.” Sidhu is accused of provoking the farmers as they carried out the tractor rally on republic day.

On January 26, farmers protesting against the 3 contentious farm laws carried out a tractor rally. Some of the farmers deviated from the approved route for the rally and broke barricades to enter the national capital. They clashed with the Delhi police and forcefully entered the Red fort, where they unfurled their flags. These farmers also vandalised property in several parts of Delhi. A FIR was lodged in connection with the violence, in which Deep Sidhu and gangster Lakka Sadana were also named. After the FIR, the Delhi Police announced cash reward of Rs 1 lakh for information leading to their arrest.

On February 3, a senior officer revealed, “We have announced ₹1 lakh against Sidhu, Jugraj and two others because they appear to be the key conspirators. Raids have been conducted at many places in Punjab and other states, but the suspects are absconding. The family members of some of them are also untraceable.” Last week, the Delhi Police announced cash rewards of ₹600,000 for information leading to the arrest of eight suspects, including Sidhu.

As per sources in Delhi police, Sidhu was in contact with a woman friend and actor who lives in California. He used to make videos and send it to her, and she used to upload them on his Facebook account.

Many video clips of the violence went viral on social media. They showed protesters clashing with the security personnel and hoisting the religious flag on the Red Fort. Deep Sidhu was spotted among the protesters in many videos and pictures as well. 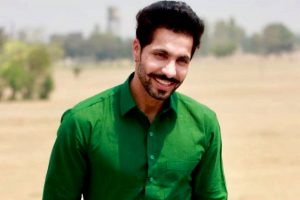 Deep Sidhu a Punjabi actor and activist who works in Punjabi language films. He started his film career with a Punjabi film Ramta Jogi which was produced by critically acclaimed actor Dharmendra under his banner Vijayta Films.

According to the officials, police has identified more than 260 vehicles; including nearly 100 tractors. These vehicles were a part of the rally and were involved in the violence.

Delhi police is likely to give a brief over the arrest of Sidhu at 12 p.m.