Resident Evil: Welcome to Raccoon City is all set to hit the big screen. The horror movie will be released in India on 26th November. Backed by Sony Pictures Entertainment India, the film will be released in four languages; English, Hindi, Tamil and Telugu. 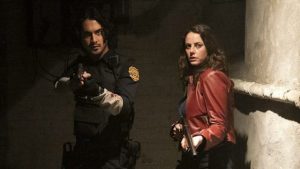 This upcoming horror movie is said to be inspired by the popular survival horror game ‘Resident Evil’. The trailer of the film is now launched, and it’s as scary as it gets.