Bollywood actress Rhea Chakraborty, who was in the news after the alleged suicide of actor Sushant Singh Rajput, was reportedly offered to enter India’s biggest reality show Bigg Boss’s upcoming season and was given a humongous offer of Rs 35 lakh per week. 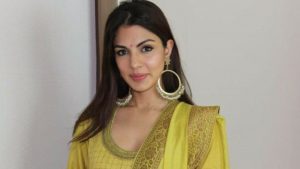 According to the latest reports, Rhea has turned down the offer. Although, the actress is going through a tough time, and she needed a show like Bigg Boss now more than ever to establish herself again in the industry. But, Rhea has decided to not enter the show and has reasonably turned the offer down. As revealed by various sources, Rhea Chakraborty has also been meeting several filmmakers and producers in Bollywood to resume her work and will be doing so very soon.

Rhea Chakraborty was last seen in Amitabh Bachchan and Emraan Hashmi starrer Chehre, the movie is directed by Rumi Jafry.