Rhea Kapoor who recently announced sequel of her hit movie Veere Di Wedding starring her sister Sonam Kapoor Ahuja, seems to have finalised yet another film. This time she plans to sign not her sister but her brother Harsh Varrdhan Kapoor along with Alaya F. 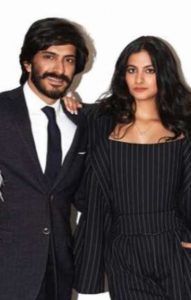 An insider informed, “Rhea loved this script which is a rom-com but more in the comedy space. Harsh is brilliant with his comic timing and everyone loved his scene in AK vs AK. Usually, he has done serious cinema so Rhea felt this film will be a perfect breakaway from his image and also help him be more commercial viable. Harsh has liked the script.” (Bollywood Hungama) 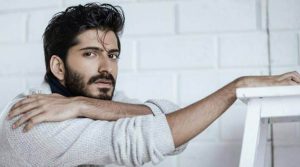 Sharing details about the leading lady the source revealed that Rhea has decided to cast Alaya F who had a breakthrough performance in her debut last year. The source further added, “Rhea loves Alaya F and feels she is better than every other young actor today. She took the film to Alaya who loved the whole idea and the role. It is a matter of time when they go on the floors with it.” Incidentally, few weeks back Harsh Varrdhan expressed his desire to collaborate with Alaya and showered praises on her. He told Zoom during an interview, “She is very hard working. I don’t think I have ever met someone as dedicated and eager to improve every day. I am very proud of her and hope to work with her one day. I think we’d do really well together.” Alaya made her debut in Jawaani Jaaneman, in 2020. The actress has not yet announced her second film. Recently, she made her music video debut in Punit Malhotra’s Aaj Sajeya. On the other hand, Harsh Varrdhan was last seen in AK vs AK and the actor is currently gearing up for the release of his Netflix anthology, Ray.