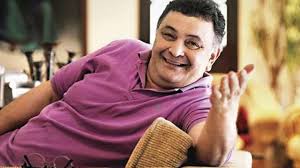 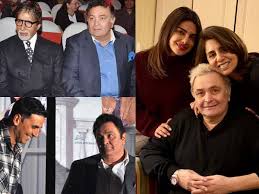 Today morning marked another sad day for Bollywood Industry, the death of veteran actor Rishi Kapoor, who died at the age of 67 in a Mumbai hospital, after a long battle with cancer. His brother Randhir Kapoor, confirmed to news that the actor had been taken to hospital in the morning.

“He is in the hospital. He is suffering from cancer and he has some breathing problem, so he has been admitted to the hospital,” Randhir Kapoor . Bollywood celebrities paid tribute to the late actor on social media. From Rajinikanth to Amitabh Bachchan and Priyanka Chopra , all the stars had nothing but grief for the Bollywood veteran. Superstar Rajinikanth tweeted: “Heartbroken … Rest In Peace … my dearest friend Rishi Kapoor.”

Amitabh Bachchan, who worked with Rishi Kapoor in several films like ‘Amar Akbar Anthony’, ‘Coolie’ ‘102 Not Out’ and others, wrote: “He’s gone .. ! Rishi Kapoor .. Gone .. Just passed away. I am destroyed.”

Priyanka Chopra, who co-starred with the actor in the ‘Agneepath’ remake, shared a throwback picture of herself along with the Rishi and his wife Neetu Kapoor. ” My heart is so heavy. This is the end of an era. #rishisir your candid heart and immeasurable talent will never be encountered again. Such a privilege to have known you even a little bit. My condolences to Neetu maam, Ridhima, Ranbir and the rest of the family. Rest in peace Sir.”

He was always grateful for the love of his fans. In his passing, they would all understand that he would like to be remembered with a smile and not with tears.

Rishi  is survived by his wife Neetu Kapoor, son Ranbir and daughter Riddhima. His last project was the 2019 film ‘The Body’.