The popular duo of Gully Boy, Ranveer Singh and Alia Bhatt is all set to entertain their fans once again, and the person who is making that happen is none other than, the amazingly talented, Karan Johar. The upcoming venture is titled ‘Rocky Aur Rani Ki Prem Kahani’ and the shooting of the film’s Delhi schedule is slated to begin from 15th October. The majority part of the film is supposed to be shot in Delhi, and the shoot was supposed to begin earlier this year, but owing to the pandemic the shoot got delayed. Meanwhile, director Karan Johar had seized the opportunity and shot all the necessary indoor portions with Dharmendra in Mumbai itself. 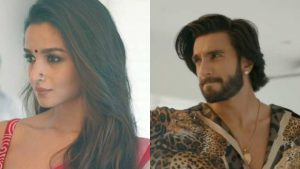 Now, as the restrictions have eased out, the makers are geared up for the shooting of the major parts of the film which will be shot in Delhi. Reportedly, Ranveer and Alia will be leaving for Delhi in a day or two.