Director Rohit Shetty who is very much famous for making cop films has promised to make a film related to a woman cop after the actress Katrina Kaif urged him to do so. On November 7, Rohit Shetty and Katrina Kaif both appeared on Kapil Sharma Show, for “Sooryavanshi” movie promotion. So far, Rohit Shetty has always cast male actors for cop roles. But this time, he is thinking that he should make a film casting the female as a cop. Surprisingly, Katrina asked Rohit to make a cop movie with her as a lead role.

Rohit Shetty said that he can’t guarantee an all-women cop team but one woman will come without any doubt. Everyone lost two years due to the COVID-19 crisis. So, today he would have been sitting with additional releases after Sooryavanshi. 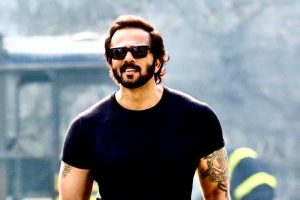 However, everything went for a toss and the whole team had to rethink things and get back there. He will do the woman cop movie for sure. They have cirkus in the pipeline now. Also, countless movies are standing in line to get released. After that, he will surely work on it. The film may take more than a year but still, he will try to bring out the best, he added.

Sukhwinder Singh is all set to fire the stage at Dastaan-e-Shahadat...