Filmmaker Rohit Shetty absolutely loves to make films that are based on cop dramas and has already given his fans three superhit movies based on Cops like; Singham, Simmba and Sooryavanshi. 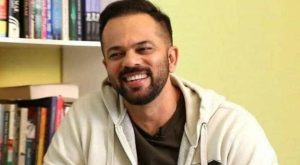 Rumours are that for his grand OTT debut, the action-film director is thinking of making yet another cop drama film. Having said that, various sources have revealed that Rohit’s top three choices of actors to play the lead in the movie are; Vicky Kaushal, Tiger Shroff and Sidharth Malhotra and he is apparently in talks with all three of them. If everything falls into place one of the three top actors will surely be seen in this yet untitled venture.

On the work front, Rohit Shetty is currently awaiting the release of Akshay Kumar and Katrina Kaif starrer Sooryavanshi which is set to be released in October once the theatres open.