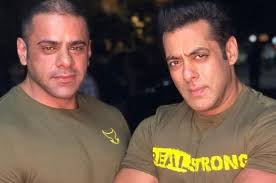 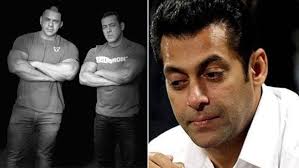 Salman Khan on Monday night shared a post where he confirmed the sudden demise of his nephew Abdullah Khan. He shared his condolence on his social media account. The ‘Dabangg’ actor was close to his nephew and due to current lockdown the actor won’t be able to attend his nephew’s funeral.

In an interview, denying the rumours of Abdullah’s death due to coronavirus, Salman’s manager Jordy Patel said that Abdullah died due to heart failure followed by a severe lung infection and was tested negative for coronavirus.
He also added that Salman, who is at his Panvel farmhouse, is extremely upset as he won’t be able to attend his nephew’s funeral because of the nationwide lockdown.
Abdullah Khan was only 38 and had diabetes. According to the sources, he got admitted to Dhirubhai Kokilaben Ambani Hospital due heart related illness and took his last breath at the hospital on Monday.
Salman and his family are at their Panvel farmhouse. Due to 21 days nationwide lockdown they won’t be able to be with Abdullah’s family.
However, other celebrities like Daisy Shah, Lulia Vantur, Zareen Khan also shared their condolences on their social media account.