Home Latest Buzz Salman Khan makes announcement of the sequel to No Entry with Anees... Today marks the 56th birthday of Bollywood superstar Salman Khan, who is returning to his best work. In recent weeks, the “Sultan” actor has officially confirmed the continuations of two of his most beloved films, “Bajrangi Bhaijan” and “Dabangg,” while also filming “Tiger 3.” 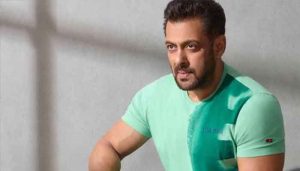 If the aforementioned titles aren’t enough to pique his fans’ interest, the superstar has now confirmed one more sequel to his critically acclaimed film. Salman confirmed “No Entry 2” is in the works during a media interaction on 27th December after midnight at his farmhouse, marking his return to the comic caper after 15 years of “Partner.”

The sequel to “No Entry” will be directed by Anees Bazmee. According to reports, the sequel’s script is finished, and it will most likely go into production in the second half of 2022. Salman Khan, Anil Kapoor, and Fardeen Khan are set to return in triple roles, and the film will reportedly feature nine heroines. Bhushan Kumar and Murad Khetani will produce it in collaboration with Salman Khan Films.

Meanwhile, Salman Khan has confirmed Spy Universe, which will be produced by Yash Raj Films. During the press conference, he confirmed that he will appear in Shah Rukh Khan’s “Pathan,” and that SRK will also appear in “Tiger 3.” It has also been uncovered that “Pathan” will be launched before “Tiger 3” next year and that the Khan superstars will reunite soon for another movie after both movies. 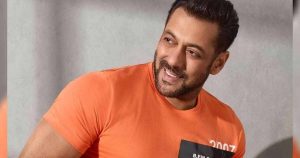 Just yesterday, Salman Khan was bitten by a snake in the Panvel farmhouse on his birthday eve. After he was chomped by the non-poisonous snake he was admitted to the hospital at Kamothe. The actor was snapped on Sunday night at his farmhouse, where he will be celebrating his 56th birthday with family members. The actor was approached by the paparazzi who gathered outside his farmhouse to give their birthday wishes to the superstar.