Actor Salman Khan continues to be one of the famous celebrities of Bollywood Industry and the megastar is spoilt for making decisions when it comes to offers. Presently he has minimum 20 scripts under consideration, of which he is pledged to begin Kabhi Eid Kabhi Diwali after that No Entry 2. Thenceforth, he has Debangg 4 . Debangg 4 will be followed by one more movie, which will be directed by sister Alvira Agnihotri with brother-in-law Atul Agnihotri. The pair has kept 3 options in front of Bhaijaan, of which 2 are- Black Tiger and The Veteran remake. Salman is presently viewing these 3 projects for his upcoming, and is finalizing on what’s next for him, stated by a source. 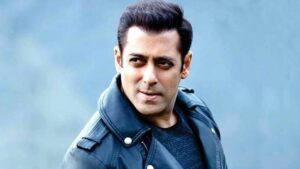 Although audiences want  Bhaijaan to do Black Tiger next, he is  skeptical regarding the theme and yet to give his last consent. He is fully reserved for mid 2023 and he will settle on what’s to be done later in 2023 before the current year ending. It can be Veteran, Black Tiger or completely a new movie, further added by the source.

Next, Salman’s fans will get to watch him in Yash Raj Films ‘Tiger 3 opposite Katrina Kaif, which is stated to be the largest action thriller drama of Bollywood. The movie is on the edge of ending, with just one more shoot remaining in Delhi. There’s also a work on process regarding a documentary on Salman Khan which is named- ‘Beyond The Star’. The documentary will not just be encyclopedic but will also carry some unseen images and visual’s from his childhood. A source close to this project stated that all his fans will get to know about him that they always wanted and desired to know but had no idea where and how to ask.