Home Latest Buzz Salman Khan told Bhagyashree ‘please do it’ after she cried over hugging... Actor Bhagyashree has opened up on how she was worried about shooting a few scenes, in her debut film Maine Pyar Kiya (1989), where she had to hug and kiss her co-star Salman Khan. Bhagyashree, who will appear as a guest on Zee Comedy Show this weekend, revealed how Salman convinced her to do the ‘hug-sequence’. She also spoke about how the kissing scene was changed for her.

In the film, Salman Khan essayed the role of Prem and Bhagyashree was seen as Suman. In the kissing scene, Salman read a letter from Bhagyashree as she bid him goodbye and left a lipstick mark on the glass pane. The scene ended with Salman kissing the lipstick mark. SpotboyE quoted Bhagyashree as saying, “I was just 18 years old and thought I was in love at that time and going to get married, I had never even hugged a guy till then. So, I got worried, and I started crying after hearing that I will have to hug Salman during a song sequence in Maine Pyaar Kiya. In fact, for half an hour, Salman Khan and Sooraj Sir were scratching their heads to figure out a solution because they had to showcase Suman and Prem’s love in some way. After half an hour, Salman came up to me, I was teary-eyed and he innocently requested me and said, ‘Please do it.’ I couldn’t say no and that’s how I finally got convinced to do that hug-sequence.” Bhagyashree also recalled that Salman and Sooraj Barjatya had change a scene for her as well. In the film, there was a scene where Salman and Bhagyashree had to kiss each other but as she was apprehensive, the scene was shot with a glass pane between them.

She said, “I was about to get married, so I wasn’t so comfortable doing a kissing scene back then. So, Sooraj sir came up with an idea of having a glass in between us and the kiss would be showcased through that. That’s how they changed the sequence.” 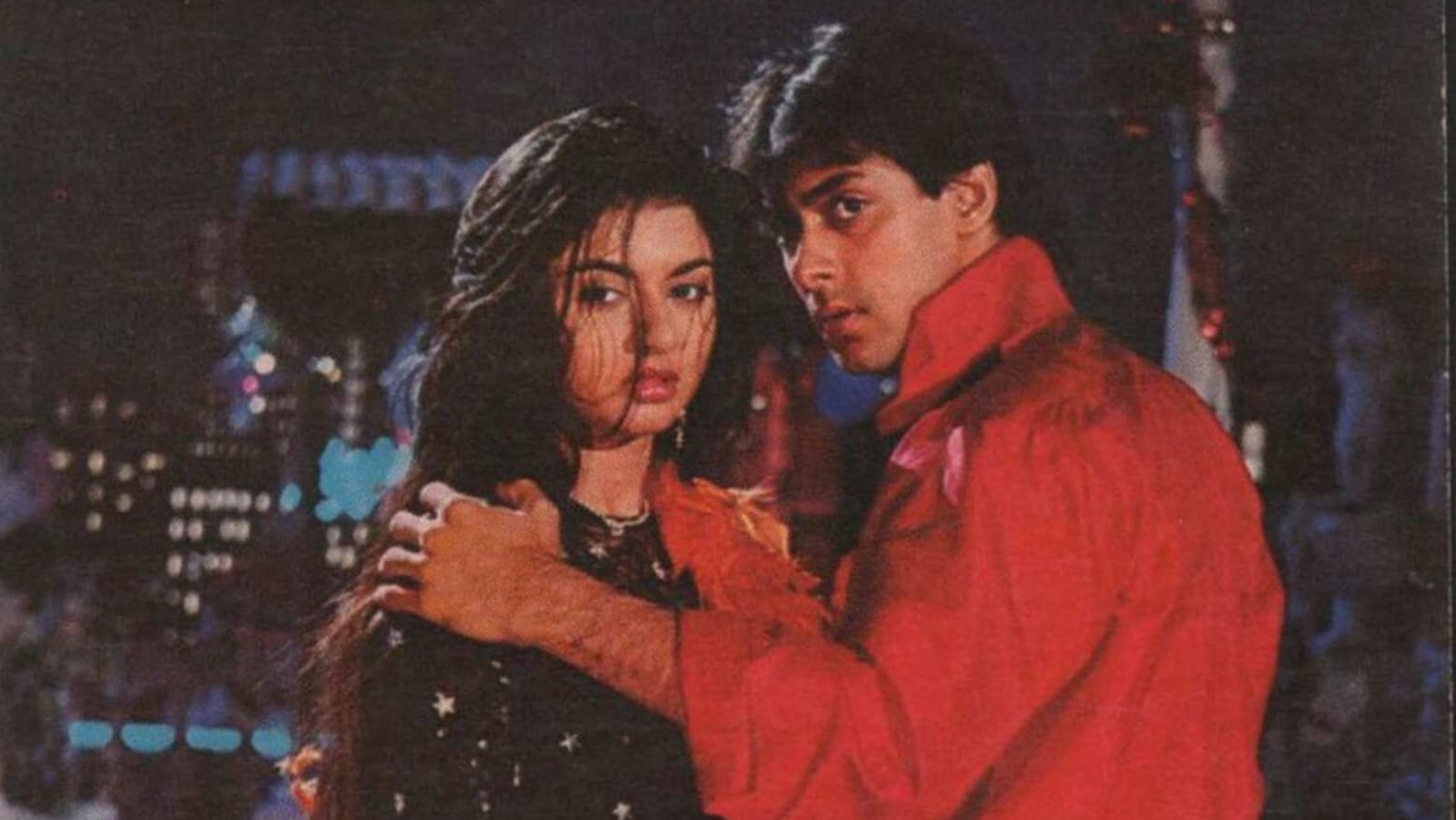 Directed by Sooraj Barjatya, Maine Pyar Kiya is a romantic film. The film also featured Alok Nath, Mohnish Bahl, Reema Lagoo, Rajeev Verma and Ajit Vachani. The film is based on the lives of Prem and Suman and their journey from friendship to love.

Daughter of Film Director Priyadarshan Soman, Kalyani to make her Bollywood Debut, but not...