Home Gossips Sameer Karnik to make a biopic on Rajesh Khanna, and mentioned that... Actor and Film Producer Nikhil Dwivedi will be financing a biopic on the one and only Legend of Indian Cinema, Indian actor and politician Rajesh Khanna. He made a record with 15 continuous hits and successful films. The film is based on the book, Dark Star: The Loneliness of Being Rajesh Khanna, which is supposed to be directed by the film Producer Farah Khan. The book is written by the famous Author Gautam Chintamani. The book is composed of the film which is hoping to be on screen soon. 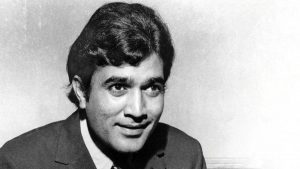 According to the sources there’s a news article which made a headline that movie makers Khushboo Sinhha and Sameer Karnik are also working on a biopic on the country’s Superstar.  The film on Rajesh Khanna will be based on the book: The Untold story of India’s First Superstar, written by the Author Yasser Usman. The two have been functioning on this project, at the same time one on Parveen Babi, for quite some time now. 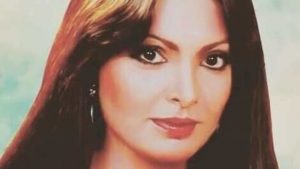 In a strange set of coincidences, Sameer Karnik and Khushboo Sinhha are working on the biography of the actress Parveen Babi as well. Parveen Babi was known as a glamorous fashion icon and one of the highest paid actresses of Indian cinema.

Few months sources came up with an exclusive news informing everyone that movie maker Sneha Rajani has acquired the rights to Karishma Upadhyay’s book on the leading lady, named Parveen Babi: A life an author rope to the screenplay. Both Parvenn Babi and Rajesh Khanna, the Actors of Indian cinema of all time are overwhelming, heartwarming and sensitive stories added by Sameer Karnik. We honour and respect them for all that they have achieved in their lives. As producers, we will ensure that the love and respect they have earned will be our responsibility, and live on for generations to come.