Lage Raho Munna Bhai has lots of things going for it, but its ability to entertain and give joy to its viewers for a period of 2.5 hours even after all these years is its top achievement. A sequel to the 2003 release Munna Bhai M.B.B.S (also directed by Rajkumar Hirani), Lage Raho Munna Bhai is more on the nose, more preachy in its approach as it advocates the philosophy of Mahatma Gandhi. However, it cannot be denied that all that preachiness aside, Lage Raho was a well-scripted film boasting of delightful moments and performances.

Its lead pair, Sanjay Dutt and Vidya Balan, did a fabulous job of balancing humour with sensitivity. Dutt was in top form as the lovable mafia Munna, who espoused ‘Gandhigiri.’ While all his notions were of course not rational or practical, within the framework of the film, they fit well. Vidya as the charismatic radio jockey Jhanvi, radiated so much light and warmth off the screen; her every word felt like a warm hug. Arshad Warsi as the faithful sidekick and support Circuit never missed a beat, as far as comic timing was concerned, and to top it all, they had a fabulous Mahatma Gandhi in actor Dilip Prabhavalkar. However, for me, it was certainly the talented Boman Irani who stole the limelight as the corrupt builder Lucky Singh. 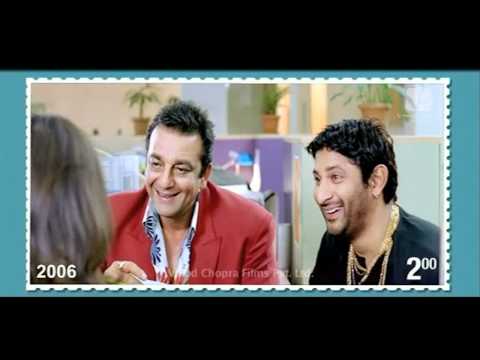 In an interview with Film Companion, Boman spoke about how he not only interacted with Sikhs on a professional front to see how they conducted their work, but the actor also dined with some of them regularly to observe how they behaved in a more intimate environment. As a result, Boman’s rogue side as the corrupt Lucky Singh was more life-like, natural. When Lucky Singh was unruffled, his demeanour was that of a warm, affectionate, loyal person. But Boman also managed to show his clever, calculating persona on-screen with a lot of credibility.

While many consider Lage Raho Munnabhai as a definite step-up from its predecessor, that is not how I look at it. Although an engaging affair, Lage Raho Munnabhai could have done away with at least 20 minutes of the movie. Some of the comedy bits also felt slapstick and forced, and the whole bit of Gandhigiri, despite being a noble thought, felt stretched. 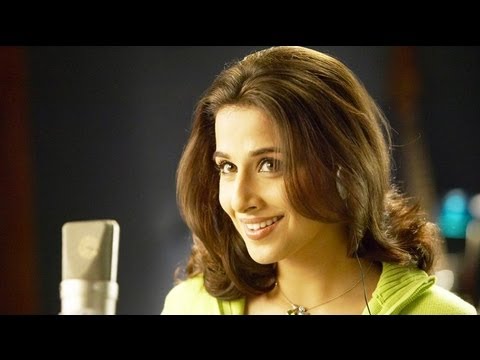 However, all’s well that ends well. Lage Raho Munna Bhai not only smashed the ticket window, but also ended up winning four National Awards. The movie was also the first Hindi feature film to be screened at the United Nations. What is not so well-known is the fact that Lage Raho Munna Bhai was supposed to focus on lawyers. However, director Rajkumar Hirani was not satisfied with the script of the film and ended up working on another draft for the next two years.

Lage Raho Munna Bhai is one of those sequels, which in no way or shape is intrinsically connected to its origin story. Only the two leading parts of Sanjay Dutt and Arshad Warsi remained the same in this second film. However, what would have these films looked like had Badshah of Bollywood portrayed them on screen? Yes, for those of you who don’t know or remember, Shah Rukh Khan was producer Vidhu Vinod Chopra’s first choice to play Munna Bhai. But director Hirani, who was making his debut with Munna Bhai M.B.B.S, was hesitant to approach the superstar, stating, “Why would Shah Rukh Khan want to do my film? I am a newcomer, he has not seen anything I have made yet,” Raju said in an earlier interview. Shah Rukh was shooting for Devdas at the time. However, due to an impending surgery and the numerous signed films that were already lined up for SRK, the role went finally to Sanjay, again on the producer’s suggestion. Hirani, who was already reeling from the disappointment of not having Shah Rukh onboard, had his own reservations about Sanjay playing the beloved goon. But the one film that changed his heart was the gangster drama Vaastav.

“I saw Vaastav 10-15 times, and upon observing his performance in the film, I got convinced that Sanju would do a fantastic job of playing Munna. The combination of that tough exterior (because he looked so big), and the soft interior, with his lovely smile and droopy eyes, made me believe that Sanjay Dutt was the right choice for Munna Bhai,” Rajkumar Hirani had stated. And don’t we all agree?