Latest reports suggest that filmmaker Sanjay Leela Bhansali may finally give in the very lucrative of releasing Alia Bhatt starrer Gangubai Kathiawadi on the digital platform. Sources aware of the development said that amid the rising corona cases in the country, the theatrical release of the much awaited movie seems next to impossible.  The movie was slated to hit theatres on 30th July. Trade sources have revealed that prolific Filmmaker Sanjay Leela Bhansali is planning to release his ambitious project Gangubai Kathiawadi on OTT platform. Reports said that he was not tempted by the offers that he was being given to release the movie online, but the current Covid-19 situation seems to have changed his mind. The trade source said, “Very soon there may not be any other option left for Bhansali. He is now seriously thinking of going digital with Gangubai Kathiawadi, the 30th July theatrical release now seeming next to impossible.” 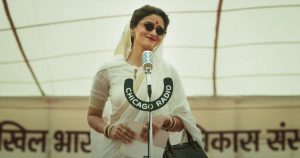 Bhansali’s much anticipated Gangubai Kathiawadi is based on the life of its titular character, Gangubai portrayed by Alia Bhatt. It is an adaptation of a chapter from Hussain Zaidi’s popular novel Mafia Queens Of Mumbai. The movie was supposed to be wrapped by early 2020, and was scheduled to release on September 11, the same year but it got stalled due to the Covid restrictions and precautions. Gangubai Kathiawadi which has hit a lot of roadblocks over the years was always meant for a theatrical release. However, there are not many options left now. 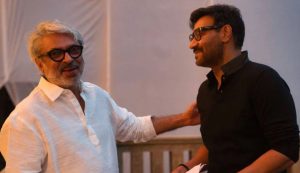 The movie marks another collaboration of Bhansali and actor Ajay Devgn, who will be reuniting after 22 years.  Meanwhile, Bhansali had designed another project, the sprawling saga of a kotha filled with captivating courtesans Heera Mandi for the OTT platform.

Recently Alia and Sanjay both tested negative for Covid-19.