Bollywood actress Yami Gautam has announced the wrap up of her upcoming social comedy, Dasvi, opposite Bollywood actor Abhishek Bachchan. After her debut in 2012 film Vicky Donor, Bollywood actress Yami Gautam has managed to grab many eyeballs. Since then she has featured in many movies like Badlapur, Kaabil, Uri: The Surgical Strike, and Bala. Soon the actress will be seen starring alongside actor Abhishek Bachchan in Dasvi.

On Tuesday, the 32 year old actress took to social media and announced the pack up of Dasvi. She shared behind the scenes videos and pictures from the filming. While dedicating the caption to the crew of Dasvi, she wrote, “It’s a wrap on ‘Dasvi’ for me! Saying goodbyes on certain films are difficult because of the amazing & memorable teamwork you create together! Thank you for this unforgettable experience & getting ‘Jyoti Deswal’ really close to my heart! #TeamDASVI Red heart.”

It’s a wrap on ‘Dasvi’ for me ! Saying goodbyes on certain films are difficult because of the amazing & memorable teamwork you create together! Thank you for this unforgettable experience & getting ‘Jyoti Deswal’ really close to my heart ! #TeamDASVI ❤️@MaddockFilms @jiostudios pic.twitter.com/ucrmtz1jnc

In the video, her co-star Abhishek also made an appearance. Yami was seen smiling while the crew clapped and celebrated the wrap up. The duo can be seen cutting a cake with the whole team. 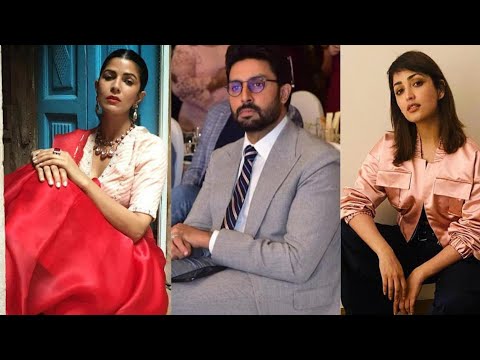 In the film, Yami will be essaying the role of a Haryanvi IPS officer namely Jyoti Deswal. On the other hand, Abhishek will be seen in a powerful avatar as Ganga Ram Chaudhary. Yami took to her Instagram handle as well and shared several videos and photos on her Insta stories. On the last day of the shoot in Agra, she posted a video and captioned it as ‘#DasviDiaries’.

The Kaabil actress dedicated her last story to a director. Dasvi is an forthcoming project from the makers of ‘Hindi Medium’,’ Angrezi Medium’ and ‘Bala’. The movie also features Nimrat Kaur in a pivotal role. The much-anticipated movie is the directorial debut of Tushar Jalota. It has been wrotten by Ritesh Shah who is popular for his movies such as Pink and Batla House.

It is being produced under the banner of Maddock Films Production and Bake my Cake films.

Apart from Dasvi, Yami will be seen in Ronnie Screwvala’s thriller ‘A Thursday’ and horror-comedy Bhoot Police.

Skip ‘Who was there in the cook’, see here who was in ‘Saath Nibhana...