The newest hero on the block, Ahan Shetty, is unlikely to keep distance himself from the filmmaker Sajid Nadiadwala, who directed and created the young actor’s debut film titled ‘Tadap‘. According to the reports, Sajid Nadiadwala would also produce Ahan Shetty’s second film. 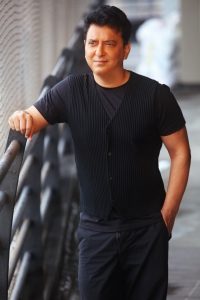 “Sajid Nadiadwala really wants Ahan Shetty’s to make a name for himself as a hero of action-romance genre. Sajid has a clear plan for Ahan, much like he did with Tiger Shroff, whom he introduced in Heropanti and subsequently elevated to stardom through the Baaghi franchise”, sources revealed.

Astoundingly, Producer Sajid Nadiadwala did not have an accord with Tiger Shroff that bind him to do films. Nadiadwala hasn’t signed a contract with Ahan Shetty.

Recently, we have seen Ahan Shetty who made his debut in the movie ‘Tadap’ opposite Tara Sutaria based on a love story, which crossed 13 crores box office collection. He is now all set to bang for the new venture. He already amazes the audience with his performance now let’s wait for his another movie.