Home Latest Buzz Second song from Chandigarh-Amritsar-Chandigarh is Out

Today, the makers of Chandigarh-Amritsar-Chandigarh are all set to release their Bhangra song, which is titled as ‘Aaja Billo Katthe Nachiye’. This song is sung by Gippy Grewal and composed by Jatinder Shah and penned by Ricky.

Previously, the trailer and the song ‘Ambersar De Papad’ have increased the excitement of the movie “Chandigarh-Amritsar-Chandigarh.” This movie was Directed by Karan R Guliani.

Talking about the song, Singer & Actor Gippy Grewal said, “Chandigarh-Amritsar-Chandigarh is one my favorite projects. And as a team, we tried to make sure that every minute detail will be taken care like accent and body language of both the places and
Music. I believe music is a very important asset to the film. I am sure that this song
‘Aaja Billo Katthe Nachiye‘ will surely make audiences to dance and will grace every
upcoming occasion.” 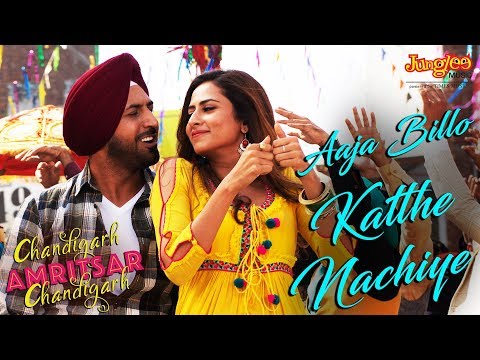 The song ‘Aaja Billo Katthe Nachiye‘ has already been released on the Times Music’s official YouTube channel on 11th May 2019.