Bollywood megastar Shah Rukh Khan is yet again garnering the attention of his fans because director Sanjay Leela Bhansali is said to have initiated talks with Shah Rukh Khan for Izhaar. There have been a few misses due to which Khan and Bhansali were not able to work on any other project for a very long time. 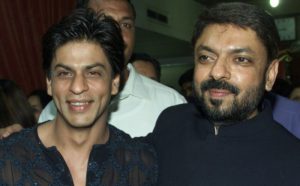 Almost two decades ago, the actor director duo of Shah Rukh Khan and Sanjay Leela Bhansali had created magic on the silver screen with Devdas. However, since then the duo never collaborated for any other film. Some industry sources said that many time they were very close to reuniting on the screen for various projects, but that did not work out. Bhansali had offered Bajirao Mastani and Padmaavat to Khan. It was also said that the director wanted to cast Salman Khan and Shah Rukh together in Hum Dil De Chuke Sanam 2. However, talks fell through.

Now, latest updates say that Bhansali is keen on kick-starting one of his romantic sagas titled Izhaar. The director has approached King Khan with another version of its script. A trade source revealed, “Izhaar was a film that Bhansali wanted to do with SRK around four years ago. It’s a love story revolving around this couple – an Indian man and a Norwegian girl. It’s based on the real life story of the guy who cycled all the way to Norway for love. Bhansali wanted to adapt that into a screenplay and has reworked the script again for SRK’s perusal. Now it needs to be seen if Shah Rukh green lights it this time around.” (Bollywood Hungama)

Bhansali is currently busy working on his web series Heera Mandi starring Sonakshi Sinha, which was also in the works for years now. On the other hand, Shah Rukh was last seen in Zero alongside Katrina Kaif. He will be next featuring in Siddharth Anand’s directorial Pathan. Khan will be sharing screen space with Deepika Padukone and John Abraham in the movie.