It’s been a long time since we saw Shahid Kapoor on-screen. Well, technically, it’s all the pandemic enforced lockdown’s mistake as, in 2019, Shahid Kapoor and Kiara Advani gave one of the biggest hits, Kabir Singh. Had it not for the Covid-19 pandemic, Shahid Kapoor’s Jersey would have released last year itself. 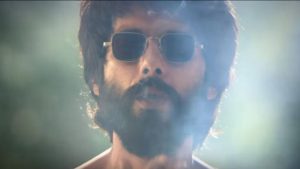 Shahid Kapoor wrapped up Jersey in December 2020, one whole year after he commenced shooting the sports drama. Despite the pandemic, the cast and crew of the film together to finish the remaining film and have now announced a release date for the film. The makers of Jersey have now blocked the 2021 Diwali date for the film’s release.

For those not in the know, Jersey is a remake of the 2019 Telugu film of the same name. The original feature Nani and Shraddha Srinath in the lead. Like the original, the remake has been helmed by director Gowtam Tinnanuri. Super 30 actress Mrunal Thakur plays Sarah to Shahid Kapoor’s Arjun in the film. A couple of hours ago, Shahid Kapoor announced the release date of Jersey by sharing a new still from the film on his social media handle. Producer Aman Gill opened up on the choice of release date saying, “Diwali is the biggest family festival of the year, and is the perfect time to bring Jersey, a family sports drama to audiences, a time when all families can come together to celebrate this journey.” When announcing the wrap, Shahidhad penned a heartfelt note saying, “It’s a film wrap on #jersey …. 47 days of shoot during covid. Just unbelievable. I am so proud of the entire team. It’s nothing short of a miracle. I want to thank each and every one from the unit for coming to set every day, putting themselves at risk and doing what we all love doing. Telling stories that touch hearts and make a difference. Jersey is a story that speaks of a Phoenix rising from the ashes. The triumph of an indomitable spirit. If there was ever a time I could connect with the underlying spirit of a film this was it. As we all fight through this pandemic. Let’s always remember. This shall pass too. Here’s to my best filmmaking experience yet. Here’s to Jersey … we shall overcome !!!!