After his great success with the movie Kabir Singh, Shahid Kapoor is back with a bang with another movie titled ‘Jersey’ is a much-awaited movie from his previous hit. This movie is also going to do equally great in the theatres. ‘Jersey’ is the Hindi remake of the Telugu superhit and National award-winning movie by the same title starring Nani. The story revolves around a cricketer who is trying hard to come back into the game. This movie was supposed to release in August 2021 but due to the ongoing pandemic situation, the release date switched to Diwali. However, that too had been cancelled for some reason. Now, once again makers of the movie announced that the movie will be hitting the big screens on 31st December 2021 which will be a perfect year-end treat to the audience. As per the sources, the trailer of the movie will be launched on Tuesday, November 23. Shahid Kapoor, who is presently in Abu Dhabi (UAE) for Ali Abbas Zafar’s next shoot, returning to Mumbai especially for the trailer launch. Other actors of the movie Mrunal Thakur, Sharad Kelkar, and Pankaj Kapur (Shahid’s father) are also expected to present in the trailer launch. 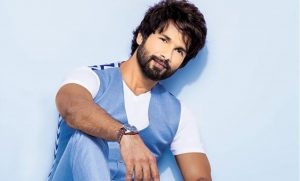 Managing Director of Balaji Telefilms, Ekta Kapoor also stated, A movie like ‘Jersey’ deserves a theater viewing experience and they are excited that they are able to bring forth this for the viewers.

The content of this movie is worth watching on big screens and the whole team is glad to have a great chance to associate and release a great film, Dr. Jayantial Gada of Pen Marudhar further added. The story of the movie is written and directed by Gowtam Tinnanuri. This movie also features Pankaj Kapur and Mrunal Thakur.

As we are all aware that cricket is considered to be a religion in our country and any movie which revolves around this subject surely gets a great response. So, let’s wait and see the dhamaka on this New Year’s Eve!