Bollywood actor Shahid Kapoor has been roped in to play the lead role in Rakeysh Omprakash Mehra’s upcoming project Karna. His titular role will be based on the character from the Mahabharata, Karna who was the spiritual son of Surya and Duryodhana’s friend. Heartthrob Shahid Kapoor, who has already won audience’s hearts with his acting in movies like Kabir Singh and Udta Punjab, is once again ready to woo his fans. The actor will be soon seen essaying the role of warrior Karna in Rakeysh Omprakash Mehra and Ronnie Screwvala’s magnum opus Karna.

Mehra’s dream project will be based on a character from the Mahabharata. It will explore the story of the noble and fierce warrior Karna, who was both noble and immoral. It is still not clear if the film will be a modern contemporary adaptation or will stick to its original mythological plot. 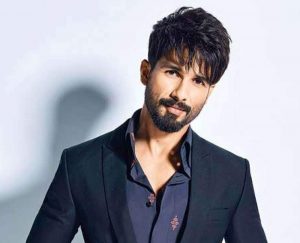 While the movie will be helmed by Mehra, it will be produced by Ronnie Screwvala. It will mark the third collaboration of the director and producer, after Rang De Basanti and Delhi 6. The script is co-written by Mehra and Anand Neelakantan who is the author of the best-selling mythologies Asura, Ajaya & Vanara. Karna is scheduled to be released on Diwali in 2023.

Currently, Shahid Kapoor is looking forward to the release of the much-awaited remake of Telugu sports drama and National Award-winning film Jersey. Shahid will be playing the role of a cricketer in the movie which also features Mrunal Thakur and Pankaj Kapur in the lead. Helmed by Gowtam Tinnanuri, Jersey will hit the big screen on November 13, 2021. After Jersey, Shahid will also be seen making an entry into the digital world with Raj-DK’s web series.