The trailer of the most awaited film of Shahid Kapoor and Kiara Advani out. Today the makers of Kabir Singh has launched their trailer as well as the song of their film titled ‘Mere Sohneya’. At the launch, of their film, Shahid and Kiara also opened up about the new track of their film. This film is directed by Sandeep Reddy Vanga. 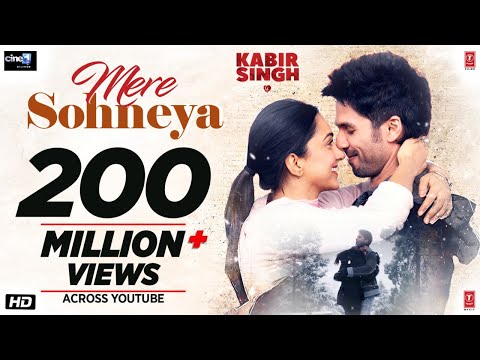 Talking about the same, Shahid said: They have a few favourite songs in the film. The first song ‘Behkhayali’ was a song that represented the energy and the heart of the film. But the latest song is showcasing the love story of the film which is so fundamental. While Kiara opted for a stylish pink top and paired it up with a cute skirt, on the other hand, Shahid looked dapper in olive green pants, dark blue jacket, and sneakers.

Shahid has turned into a Love Guru at the event while both of them Shahid and Kiara even shared their views on the Long Distance Relationship.