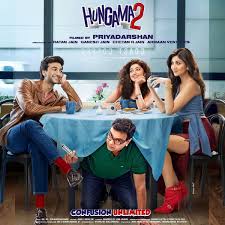 ‘Phir Hera Pheri’ actor Paresh Rawal is all set to entertain all of us with the sequel of his 2003 comedy film ‘Hungama’. The veteran actor is joined by Shilpa Shetty Kundra along with ‘Malaal’ actor Meezaan and Telugu actor Pranita Subhash in this hilarious ride.

Shilpa Shetty took to social media to announce the news. Sharing a poster of the film, the actress wrote, “Happy to be a part of the reboot of everyone’s favorite comedy entertainer #Hungama2! Grateful to be working again with Ratanji who introduced me to this industry and @priyadarshandir Sir for the first time. @rtnjn @meezaanj @pranitasubhash @venusmovies @hungama2film.”

The first poster of ‘Hungama 2’ features all the lead actors of the film – Pranita Subhash, Meezaan, Paresh Rawal and Shilpa Shetty.

Just like the first film, ‘Hungama 2’ will be directed by Priyadarshan. The first film, which hit screens in 2003, starred Akshay Khanna, Aftab Shivdasani, Rimi Sen and Paresh Rawal in pivotal roles.

‘Hungama’ is one of the most entertaining comedy films of its time. ‘Hungama 2’ is set to hit screens on August 14, 2020.

Shilpa Shetty is making her comeback to the big screen almost after 13 years with the film ‘Nikamma’. The film is being directed by Sabbir Khan.