Businessman Raj Kundra and husband of Bollywood’s leading lady Shilpa Shetty who was arrested in an alleged Pornography case by Mumbai Police was granted bail yesterday after being in custody for 2 months. Since the arrest of Raj Kundra, Shilpa constantly used to share motivational quotes on Instagram about mistakes and new beginnings.

Now, after Raj Kundra was granted bail on 20th September the actress has again shared a philosophical quote on her Instagram handle which says, that even after going through a bad phase of life, beautiful things can still happen. 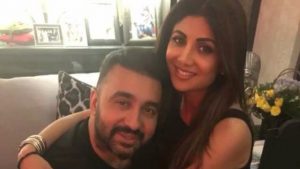 Recently, after Shilpa shared a quote on social media about new endings and new beginnings people were speculating that the actress might end her marriage with Raj Kundra, but no such official statements regarding this were made by her.