One of the popular Indian singer Shipra has always proved herself in the race of her life. Recently her duet song titled ‘Mehndi’ has released, which will feature in an upcoming film “Shadaa”. It is one of the most awaited films, which stars Diljit Dosanjh and Neeru Bajwa as the lead pair.

The lyrics of the song Mehndi was written by Happy Raikotiand and the music for the song is given by Nick Dhammu.

Talking about her song Shipra said: “This year has been a fabulous year for me till date. I have got so many offers for various projects, my songs are being appreciated by the audience, and the biggest thing for me is their constant support and encouragement which makes me do new things. When I got the offer to sing Mehndi, I grabbed it immediately without any second thought because no one would ever leave any opportunity to sing the fantastic, Diljit Dosanjh. He is an inspiration for all, and everybody looks up to him.”

Apart from singing the actress has made her debut in acting with Amrinder Gill’s ‘Laiye Je Yaarian’.
Talking about her debut Shipra said:  “I am really excited for this one. Dreaming to be
on the big screen, and having that dream actualized is a surreal feeling. I am excited
and also nervous at the same time. I am just waiting for the audience’s reaction when
they see me act in the film.” 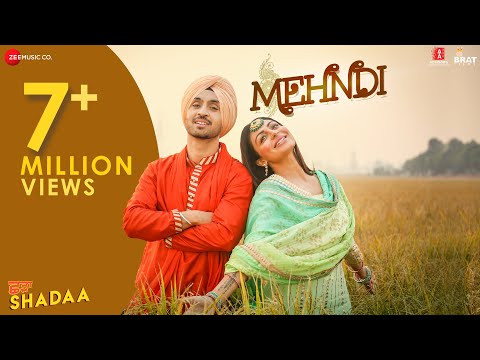 The upcoming project of Shipra includes a duet with Gurnam Bhullar.