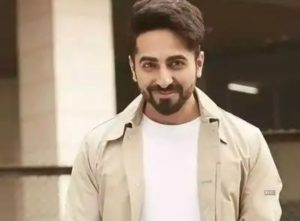 After Bala, Ayushmann Khurrana is prepping for his upcoming film Shubh Mangal Zyada Saavdhan, which is a sequel to his 2017-released Shubh Mangal Saavdhan. The actor has now wrapped the first shooting schedule of Hitesh Kewalya’s directorial venture in Banaras. Ayushmann, along with his team got together to celebrate on Tuesday and we have come across a photo from their wrap party.

Pankhuri Awasthy, who will be playing the role of Kusum in Shubh Mangal Zyada Saavdhan, took to Instagram to share a group picture of the cast and the crew. In the photo, Ayushmann is sitting in the middle surrounded by his team. Neena Gupta, who is sharing screen space with Ayushmann after the 2018 film Badhaai Ho, can be seen behind him.

Jitender Kumar, who will play Ayushmann’s love interest in Shubh Mangal Zyada Saavdhan, can also be spotted in the picture. Jitender was earlier seen in films like Chaman Bahaar and Gone Kesh. In the poster, Ayushmann was seen running away from a crowd of brides and grooms. His nose ring grabbed eyeballs the most.

While Shubh Mangal Saavdhan was based on the concept of erectile dysfunction, Shubh Mangal Zyada Saavdhan will talk about homosexuality. In the upcoming film, Neena Gupta and Gajraj Rao will essay the roles of Jitender’s parents, Shankar Tripathi and Sunaina Tripathi, who want him to marry Kusum (played by Pankhuri Awasthy). Ayushmann, on the other hand, will play Jitender’s gay partner, Kartik Singh.

The promo was released in September this year, in which the makers introduced the cast of Shubh Mangal Zyada Saavdhan. In the video itself, it was made clear that Jitender and Ayushmann are paired romantically with each other.