After visiting Ram Janmabhoomi in Ayodhya on Sunday, Sonu Nigam met UP Chief Minister Yogi Adityanath in Lucknow. The singer will next head to Varanasi.

Sonu Nigam, today, (25th January.2021)  met Uttar Pradesh Chief Minister Yogi Adityanath at the latter’s residence in Lucknow. On Sunday, the singer reached Ayodhya to pay obeisance to Lord Ram at Ram Janmabhoomi and also attended the aarti. During his interaction with the media, he said that he wishes to present a brick for the Lord Ram temple construction in Ayodhya. Further, After reaching Lucknow from Ayodhya early morning, Sonu Nigam met Yogi Adityanath at his official residence. They also posed for pictures. The politician gifted the singer a coin launched by Prime Minister Narendra Modiand a book on Kumbh Mela. Speaking to the media after his meeting with Yogi Adityanath, Sonu said, “Yogi ji is a dynamic and far-sighted person. I was in Lucknow and had the opportunity to visit the Ram temple in Ayodhya. Tomorrow, I will be going to Kashi Vishvanath. I told Yogi jithat his thinking is beneficial for the country and he should tell us how we can contribute in nation building.”

Speaking to media persons, he said, “For the several years I wanted to come to Ayodhya. Today, my long cherished wish has been fulfilled.”

“Ayodhya is the most revered place for Hindus. It is the ‘heart of India’,” said Sonu Nigam. Commenting on the under-construction Ram Mandir, he said, “The most beautiful thing (Ram Mandir) is being constructed in Ayodhya. It will be India’s pride.”

The singer also visited Hanuman Garhi temple. Sonu Nigam had a lonely New Year in Dubai. He shared a video of himself walking alone. In his video, he said that 2020 has been an emotionally draining year. He also informed fans that he lost one of his friends on the New Year’s Eve. Sharing the video, he wrote, “#SonuLiveD VLog 99 My ‘Lonely’ New Year 2021! (sic).” He also shared a glimpse of Burj Khalifa. 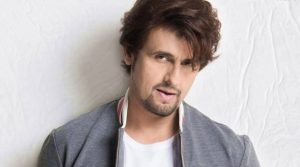 Sonu Nigam recently returned from Dubai, where he was working alone. He is currently on a tour to visit some of the religious sites of India. Ayodhya and Varanasi are among the places he has on the list. According to reports, Sonu Nigam was accompanied by Congress leader Sanjay Nirupam and filmmaker Sandeep singh during his Ayodhya trip.

“I Had To End This Marriage:” Nawazuddin Siddiqui’s Wife Aaliya On Sending Divorce Notice