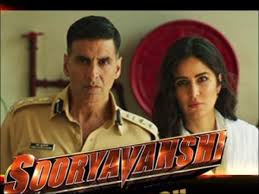 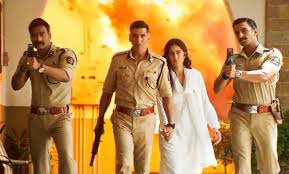 The next action-packed film in Rohit Shetty’s cop universe is Akshay Kumar and Katrina Kaif starrer ‘Sooryavanshi’ and it is all set to release a few days earlier than expected. The film will now release on 24th March.

The earlier release date was Friday, 27th March. However, now ‘Sooryavanhi’ will release on Tuesday, 24th March. With this, the film will have an extended weekend at the box office and may become one of the biggest blockbuster of the year.

The stars took to social media to make the announcement. Akshay Kumar, Ajay Devgn, and Ranveer Singh each took to Instagram to share the new release date video. They all wrote, “Ain’t no time for crime ‘coz Aa Rahi Hai Police! #Sooryavanshi releasing worldwide on 24th March. #SooryavanshiOn24thMarch.”

In the new announcement video, a group of kids can be seen confirming the new release date with the three stars. While ‘Sooryavanshi’ stars Akshay Kumar and Katrina Kaif in the lead roles, other famous cops ‘Singham’ and ‘Simmba’ will be coming together for the climax. Fans are eager to see how the three cops – ‘Sooryavanshi’, ‘Singham’ and ‘Simmba’ come together and under what circumstances.

From the audience viewpoint, Akshay and Katrina are paired on screen after a long period of time which may excite the viewers to watch this movie. Another reason is, this movie is a part of Rohit Shetty’s cop franchise and in the film, Singham, Simmba will also make a cameo, so that also making the audience curious about this film.