36 Farmhouse will be released soon

Subhash Ghai, who has contributed to Indian cinema with blockbuster movies such as Ram Lakhan, Khalnayak, Hero, Pardes, and Taal, among many others, has previously announced his OTT premiere on ZEE5 with 36 Farmhouse.

Today the makers shared the new poster of the movie on the official page of ZEE5 and captioned it, ‘One palatial farmhouse. Seven intruders. Multiple motives with tagging Subhash Ghai. Coming soon. Stay tuned.’ 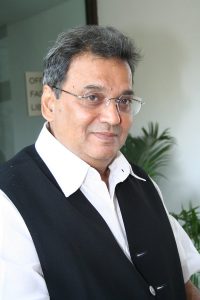 In the previous interviews, Subhash Ghai said, it will be really great if one can reach out to audiences all over the world and 36 Farmhouse is sure to echo with the wholesome sentiments and beliefs of the Indian diaspora all over the world because it has family problems at its core. The show also looks at the disparity between the poor and rich.

Subhash Ghai stated his decision to make his digital debut with 36 Farmhouse, ‘Change is the name of human life, so he is excited to make a difference in the OTT space. The grammar of the screenplay writing and producing movies for OTT differs from that of the big screens. There is very little room for pauses and utilising the benefits of long shots on screen. As a result, making an interesting movie with repeat value for an OTT audience is a more difficult task for them.’

The movie is directed by Ram Ramesh Sharma, produced under the banner ZEE5 and Mukta Arts Ltd. The story and the music are composed by Subhash Ghai. This movie will be released soon on ZEE5 original.

In 2006, Subhash Ghai won the National Film Award for Best Film on Other Social Issues for producing the social problem movie Iqbal; the same year, he established the Whistling Woods International film and media institution in Mumbai. He was awarded the IIFA Award for Outstanding Contribution to Indian Cinema in 2015.