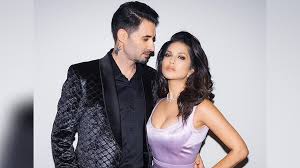 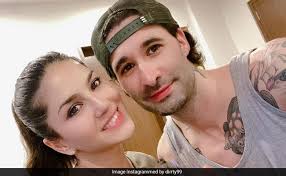 Sunny Leone and her husband Daniel Weber are celebrating their wedding anniversary . The couple got hitched in 2011.  Sunny took to social media to wish her ‘better half’ on the special day and wrote, “Happy Anniversary to the man I love more than anything in the world. Life is crazy but our love remains the same…everlasting! Love you @dirrty99”

Daniel shared the same photo on his Instagram and wishes his wife on the special day. In the post, Daniel teased Sunny that she has no option but to deal with him every day. “Happy anniversary to @sunnyleone !!!! Happy to at least have a glass of wine with you tonight!!! Promise you a more romantic date when your not locked up with me against your will ;)!!!!!x. Love you baby !!!! I would say, thank you for dealing with me everyday but you actually have no choice,” he wrote.

Sunny and Daniel have three children together. They adopted a girl child, Nisha, in 2017, from Latur and announced the birth of their twins Noah and Asher via surrogacy in 2018.

In an earlier interview , Daniel stated, “She probably influences everything that I do in my life. We discuss everything — not always as husband and wife but in terms of business as well. There is not even one aspect of my life that I don’t ask her opinion on — whether it is creative opinion or business opinion. That is the mutual respect that we have for each other. We respect each other and just want each other’s thought or take on something,” he said.