Home Gossips Sushmita Sen is about to hike fees after Aarya The Bollywood beauty Sushmita Sen may increase her fee after she made a blockbuster comeback in the web series Aarya.

After almost a decade, Bollywood actress Sushmita Sen made a comeback in 2020 drama series Aarya. The sensational digital debut of the actress has compelled Disney+ Hotstar to once again sign on the actress and director Ram Madhvani for the second season. 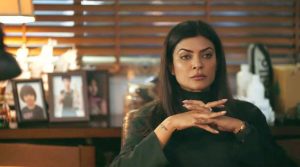 Last year in July, Sushmita and Madhvani, announced for the second season of the series. However, there are some hurdles for Disney to cross before they sign the actress. Sources revealed that the actress is now in the mood to hike her fee considerably.

The series was entirely based on her as she played the lead role in Aarya. She played the role of an independent woman who joins the mafia gang and seeks revenge on her husband’s murder. Her amazing aura and star power got the series positive critical acclaim. While the actress plans on increasing her fee, reports suggests that Disney+ Hotstar has lately gone into a cost-cutting mode. This happened after the company faced a huge failure on their most expensive Indian content to date — Laxmiii. Apart from Laxmii, it had also made other bad investments, due to which Disney+ Hotstar has been reportedly forced into budgetary anxiety.

This has made Disney+ Hotstar more conscious about the quality of their content. 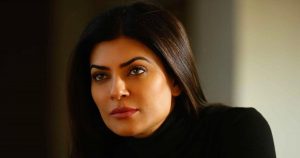 Aarya was based on Dutch series Penoza. Its second season will happen next year, hence the company, is currently looking at the escalated production costs of the proposed second season. Till then, the director of Aarya, Ram Madhvani has decided to move to a feature film starring Kartik Aaryan .

In the year 1994, Sushmita was crowned Femina Miss India and also won Miss Universe 1994. She was just 18 years old when she added these feathers in her crown. She won several awards for her acting skills in Bollywood. Be it, Biwi No.1, Sirf Tum, Filhaal, Main Hoon Na, or Maine Pyaar Kyun Kiya? , she was able to leave a mark on the audience. In the year 2020, she made a comeback with web series, Aarya, for which she also received the award for Best Actress – Female, at the Filmfare OTT Awards.