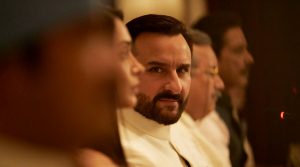 A section of netizens had objected to a scene where Mohammed Zeeshan Ayyub appeared to be playing a character based on Lord Shiva. His appearance and the host of a college theatre festival, where the scene was set, stating that he needed to do something to raise his popularity, because ‘Ram ji’s followers were increasing’ was not taken too kindly by some. The audiences then chant the controversial ‘Azaadi’ slogans, popularised by Jawaharlal Nehru University alumni like Kanhaiya Kumar. Objection raised by a section of netizens has now led to some serious action against the Amazon Prime web series Tandav. A First Information Report has been registered against the show for allegedly hurting religious sentiments in Lucknow. As per ANI, the FIR registered at Hazratganj Kotwali has named director Ali Abbas Zafar, the show producer Himanshu Krishna Mehra, writer Gaurav Solanki and others.

The development came hours after the Information & Broadcasting Ministry summoned Amazon Prime’s head officials in the controversy on Sunday.

Among other legal trouble for the show included Bharatiya Janata Party MLA Ram Kadam, registering a complaint with the Mumbai Police. This was after he sought a ban on the show till the objectionable portion was removed. He also held a protest against the show in Mumbai on Sunday. He later tweeted his displeasure over the lack of apology from Amazon in the case even after 24 hours. Accusing the company of being proud of their ‘demeaning act’ of ‘insulting’ Hindu Gods, he sought that Hindus stop buying products from their e-commerce website.

Meanwhile, Rashtriya Swayaksevak Sangh’s Indresh Kumar reacted strongly to the Tandav controversy and said, “If insult will be done on religious sentiments then struggle will happen, bloodshed will happen. The sensible thing is to do not do such monstrous and inhuman things and respect the faith of others. A law should also be made on this.”