After all of the controversies associated with this movie Thalaivi has finally been released on the big screen and the audience are loving Kangana Ranaut’s portrayal of actress and politics legend J.Jayalalithaa. The movie is extremely entertaining and not at all boring. The makers have made no mistake with the casting of the characters because each and every actor have played their roles brilliantly. There are many similarities between Kangana and Jayalalitha’s personalities as both have risen up from the ashes and have made their name in the male-dominated industry be it Entertainment Industry or Politics and that is exactly what the viewers get to see in the movie the grit, the power, the aura that a powerful woman holds. Thalaivi is not a typical political biopic rather it has lots of masala and romance which will keep the audiences glued to the film till the very end. Directed by A.L.Vijay and written by K.V.Vijayendra Prasad, Madhan Karky (Tamil) and Rajat Arora(Hindi) the movie is definitely a work of art in itself. 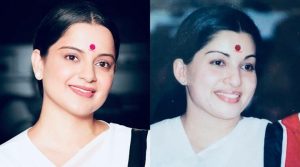 Thalaivi also stars Arvind Swami who plays the character of M.G Ramachandran the founder of AIADMK and the love interest of Jayalalithaa, his presence on the screen will surely light up everyone’s faces and the chemistry between both the actors are the main selling point of the entire movie, their love story which never became official is the plot which saves this movie from turning into a basic political biopic. Kangana and Arvind are a delight to watch together. The movie also stars; Nassar as M. Karunanidhi, Bhagyashree as Sandhya, Raj Arjun as R.M. Veerappan, Madhu Bela as V.N. Janaki Ramachandran, Jisshu Sengupta as Sobhan Babu and many others. 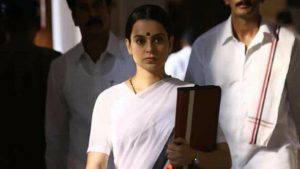 The songs in the movie are really good as well. Some of the dialogues are exceptional and will certainly leave an impact on the viewer’s mind. There are certain scenes from the movie that deserves a mention like the harassment scene of Jayalalithaa in the Vidhansabha which shows the reality of the world we are living in, the scene has been perfectly played and executed. The megastar of Bollywood Kangana Ranaut with her acting in Thalaivi has once again proved why she is the queen of Bollywood. Kangana Ranaut is one of the finest actresses of this era and audience and critics who have watched the movie have also said that she might have another National Award coming her way after Manikarnika. All in all, Thalaivi is a treat to watch.

The movie is also said to be releasing on OTT platforms like Netflix.