Shriya Pilgaonkar will be seen appearing in Zee5’s Broken News after receiving rave praises for her fantastic performance as Advocate Kashaf Quaze in Amazon Prime’s Guilty Minds. Following the popularity of the legal drama, the Guilty Minds star will play a news reporter in a forthcoming series based on the world of journalism. She appears alongside Jaideep Alhawat and Sonali Bendre Behl in the film. The versatile powerhouse’s first role as a news reporter was a first for her, and she has a busy year ahead of her. She shot the entire first season of the newly unveiled series in Mumbai. It will be fascinating to watch what Shriya brings to the newsroom, directed by Vinay Waikul . Given the impact Shriya has had with her back-to-back OTT successes. Shriya remarked, “When it comes to Broken News,” “I’m pleased and overwhelmed by the positive feedback and critical acclaim for Guilty Minds. This year, I’m looking forward to the release of my other works in many genres.” The experience of breaking news was fantastic. Some of her great works are Mirzapur, The Gone Game, Crackdown , Murder In Agonda and Beecham House. It will be great to see young yet talented and powerful actress to see whether she carries out the same impression and craze which she created with her previous work.
Well the series will be streaming on Zee5 soon. Well with this series Sonali Bendre js set to make her OTT debut and also will be back on screen after long time gap. With ZEE5’s new series The Broken News, actor Sonali Bendre will make her OTT debut. In The Broken News, an Indian adaption of the renowned British series Press, the actor will play a news anchor. Sonali stated she is “still comprehending that this is truly happening!” as she shared the news on her Instagram account. 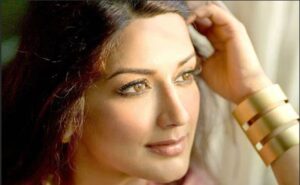 The teaser was also released on Jaideep’s Instagram account. “Sansani aur Sach ke iss khel main, Main kahaniyon ko chunta hun,” the actor wrote of his role. (In the battle of sensationalism and truth, I pick stories over news since news is dull).

Rakesh Maria (Former Mumbai Commissioner) will be the subject of a biopic to created...

‘Looop Lapeta’ trailer starring Taapsee Pannu and Tahir Raj Bhasin, is out : it...