Aamir Khan has been sharing videos on social media over the last month in which he promised to bring us an interesting narrative shortly and those narrative shall consist the behind the scenes story of his upcomming film Laal Singh Chaddha. On April 28, he released Laal Singh Chaddha’s first music track named Kahani. Khan’s tale-telling adventures appear to be continuing. Tomorrow, the celebrity will debut his own podcast, Laal Singh Chaddha Ki Kahaniyaan, in which he will discuss his upcoming film. The actor’s podcast is producer’s vibrant attempt to ignite the public’s interest in Laal Singh Chaddha, which has become his passion project. “Through the podcast, Aamir will provide behind-the-scenes action and tales from the filming,” a source says. He’ll go into how the adaption came to be, how the music was chosen, and so on. He wants the audience to feel like they’re a part of the film and get to know the protagonist, who, with his innocence and alluring personality, might easily be one of us.” 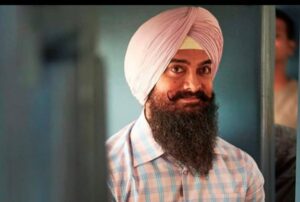 The first episode will air on, Red FM, T- Series’s Youtube Channel and Saavn,tommorow.
Aamir being a great superstar, has given several and massive hits on box office hence he knows how to bring audience’s interest  and how to bring forth a huge crowd before even the release of the movie. 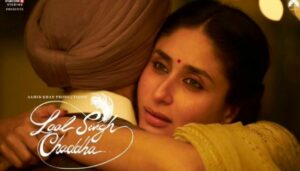 The official adaption of Tom Hanks’ Forrest Gump is directed by Advaith Chandan and stars Kareena Kapoor Khan . The drama is set to premiere on August 11 after being postponed many times.
Well this will not be the first time we will see Aamir Khan and Kareena Kapoor together onscreen. The pair has been seen in many movies like 3 Idiots, Talaash, Luck By Chance, Bombay Talkies etc. The fans are waiting for the pair to come onscreen together.