Home Latest Buzz – The Great Indian Laughter Challenge to be featured in place of... For more than a decade, The Kapil Sharma Show has kept audiences entertained. People of all ages enjoy the show. The show’s cast will be on hiatus starting next month as they embark on a tour of the United States. A new comedy show called Laughter Champions will take the place of the series. Shekhar Suman will be making his long-awaited return to television with this show. On the judging panel with him will be Archana Puran Singh. The two had previously been on Comedy Circus and The Great Indian Laughter Challenge. According to the sources, the broadcaster did not want to disappoint its devoted viewers. While reruns of The Kapil Sharma Show were an option, they preferred to keep fans entertained with new material. “Comedy Circus has been an amazing Sony TV action that has produced heaps of brilliant artists in India. The team decided to start their own stand-up comedy event because there was none available at the time. “While having Archana on the show was a no-brainer,” the insider continued, “the team chose to play on the nostalgia card and brought on Shekhar Suman as well.”
The promo was shot by Archana Puran Singh and Shekhar Suman, and the show will begin filming before the end of the month. Sony TV was looking for comedians, and according to a source, the crew was successful in finding some fantastic performers.Shekhar Suman had previously shared a video from his vanity while sharing a BTS from the commercial shoot. He is seen getting ready and conversing with his crew in the video. He claims he’ll be back on TV soon, looking at the camera. Shekhar Suman captioned the photo, “Lights, Sound, Camera, and Loads of Action… Wait for it.” 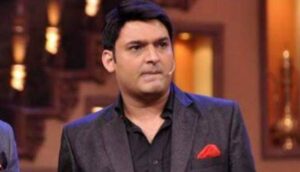 Well it is to be watched that the how the devoted viewers will react to this news. Well there has been a huge and massive craze for The Kapil Sharma Show. The show has kept the audience thriving for the comedy and has always entertained the audience to it’s best. The show has invited several guests also, and even the guest have loved being on show. It will be great to see how devoted audience of comedy will find the Great Indian Laughter Challenge.