Home Latest Buzz The journalist who initiated the lawsuit opposes Salman Khan’s release in the... The Bombay High Court granted a stay on the process (summons) issued to Salman Khan by a lower court in the criminal intimidation case. In 2019 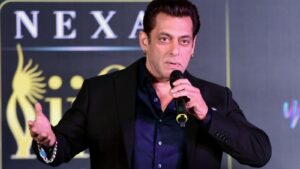 , journalist Ashok Pandey asserted that Salman and his bodyguard Nawaz Shaikh threatened and mistreated him, and a magistrate’s court issued summons to the pair as a result of his accusation. The stay was extended until May 5 after Salman’s lawyer appealed the summons in the High Court last month, and it was extended again on Thursday until June 13. According to certain sources, the complainant has filed an affidavit at the Bombay High Court, protesting the court’s decision to allow Salman Khan relief by prolonging the stay on summons. According to reports, Ashok Pandey noted in his affidavit that the Andheri magistrate court followed due process and issued summons to Salman and his bodyguard based on the facts and seriousness of the case.Salman Khan and his bodyguard Nawaz Shaikh allegedly harassed and attacked Ashok Pandey for photographing the actor when he was cycling on a Mumbai road in 2019. He went on to say that Salman had grabbed his phone and that they had a fight in which Salman threatened him. Salman claimed in his plea that he did not say anything to the journalist during the alleged encounter.Salman was served with process in the matter promptly after the complaint, but he challenged it in the High Court. According to PTI, the issuance of a process commences criminal proceedings before a metropolitan or judicial magistrate based on a complaint filed by an individual, and the accused person must appear in court once the process is issued. Speaking on work abouts, Salman Khan will be seen next in Kabhi Eid Kabhi Diwali with Aayushman Sharma and Tiger 3 with Katrina Kaif, for which the shootig has already been initiated and started.