Renowned Hollywood director James Gunn, who is popular for directing films like The Suicide Squad, Guardians of the Galaxy among others, recently revealed his favourite Bollywood film. Needless to say, the director once again chose Aamir Khan starrer Lagaan as his favourite Indian movie. 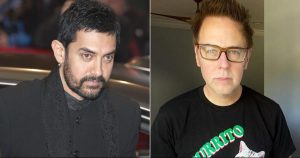 Hollywood director James Gunn has a huge fan following in India and his upcoming projects are one of the most awaited movies. Amidst all this, he recently talked about his favourite bollywood film which stars bollywood superstar Aamir Khan. When a fan asked Gunn if he watches any Indian movies, Gunn said replied to him by saying that he watches many Indian movies. 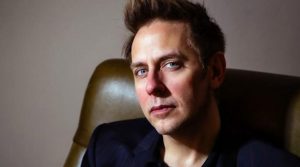 On Tuesday, Gunn’s fan asked him to name his favourite Indian film. The fan wrote, “Do you see any Indian movies sir?.” The director in his reply wrote, “Many. Lagaan is probably my favourite.”

Many. Lagaan is probably my favorite.

His answer won a lot of Indian hearts as the tweet went viral.

This was not the first time when James called Lagaan as his favourite bollywood movie. Last year he hosted an Ask Me Anything on Instagram. While answering numerous questions from DC Extended Universe and Marvel Cinematic Universe fans in the session, he was asked to name his favourite Indian movie. Without any doubt, Gunn picked Aamir Khan’s cricket-themed movie. Aamir Khan starrer Lagaan is a bollywood film which released in 2001 and was produced by Khan under his banner Aamir Khan Productions. The movie which became one of the most successful movies in the history of bollywood also featured Gracy Singh, Rachel Shelley and Paul Blackthorne in lead roles. Lagaan was helmed by Ashutosh Gowariker and had made Indians proud by getting nominated in Oscars 2002, in the Best foreign-language film category. Meanwhile, Aamir will be next seen in Laal Singh Chadda alongside Kareena Kapoor Khan.

Sunil Pal booked for calling doctors ‘demons’ and ‘thieves’ in his...